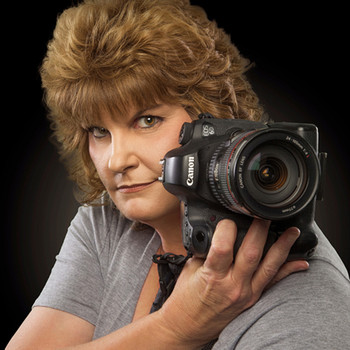 In late 2003, when she purchased her first digital camera for a trip to England and Scotland, Amanda never imagined that it would completely change her life by igniting a passion for the art and craft of photography.

While she is originally from San Diego, California, Amanda now calls Charleston, West Virginia her home. An avid promoter of West Virginia State Parks, she wanted to showcase the beautiful state in which she lived and began submitting her photos to My Park Photos, a promotional website for State and National Parks. In 2005, one of her first submissions to the site was chosen as the Amateur Picture of the Year. The scholarship money awarded allowed Amanda to complete the New York Institute of Photography’s Professional Photography Course.

When not writing about herself in the third person, through her, In My Mind’s Eye, photography business, Amanda has created some of the most striking landscape images from West Virginia and across the eastern United States.  In addition to her love for the scenery of the Mountain State, she enjoys photographing lighthouses along the east and west coasts, along with the Great Lakes.  Her work has appeared in magazines such as Shutterbug, Lighthouse Digest, and Pacific Standard, on West Virginia State Park brochures, and has been used in textbooks, as book covers and in local newspapers.

Amanda is a member of the Professional Photographers of America, the Professional Photographers of West Virginia, the North American Nature Photography Association, the Allied Artists of West Virginia, and is a Member and past President and Vice President of the Charleston Camera Club.  At the Club’s annual “Mountain State Photographers’ Conference,” Amanda has taught classes on black & white photography and the use of photographic filters.  She is also an instructor with Mountaineer Photo Excursions, which provides photography workshops in the eastern United States.

Amanda’s creativity not limited to the color world, but it also takes form in her love of black and white and infrared photography. “My camera is like every breath I take; it is something I cannot live without.  My photography is where my dreams and my visions become a reality.”